Home » Expert Advice » Is It Fibromyalgia Or Polymyalgia? Know The Difference Between The “-algias” 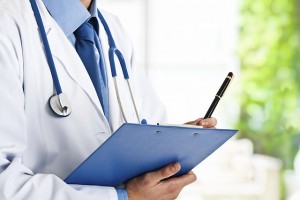 There is a lot of overlap between fibromyalgia and polymyalgia rheumatica, so it’s important to know the difference, which may make it easier to treat and find pain relief in the long run. These two conditions are often mistaken for one another, so here we show you how they overlap and how they differ.

Symptoms Only Associated With Polymyalgia
-Pain is in shoulder, arms, hips and neck
-Mostly affecting people over 50, especially over 65
-Flu-like symptoms such as a fever or weakness
-Usually goes away 1 to 4 years after the first onset of symptoms
-Often linked to a disorder called temporal arteritis

Both disorders may be hereditary. Polymyalgia has been shown to be most diagnosed in certain parts of the year, which makes scientists think it could sometimes be due to an environmental factor. It is also an inflammatory disorder and treatment of the disorder will help to reduce or eliminate symptoms. Fibromyalgia is sometimes associated with a traumatic event, such as an accident or post traumatic stress disorder, or an autoimmune disorder.

Diagnosis of fibromyalgia is difficult, and sometimes is a diagnosis of exclusions, meaning they have tested for all other disorders and there was no positive result on any of them. Your physician may order blood tests to help rule out cancer, vitamin deficiencies, and rheumatoid arthritis or lupus. For polymyalgia patients the Rapid Westergren ESR blood test may help your physician to diagnose the difference. Diagnostic testing such as an MRI may help your physician see whether or not there is something happening in your body that could be the cause of the pain.