Migraines are severe, painful headaches that are generally incapacitating. Unlike a tension headache, which does not usually stop you from your daily activities, a migraine can cause someone to seek medical treatment or even go to the ER. In general, there are two different kinds of treatment that can be used for migraine headaches. Abortive treatments are medications that stop a headache that has already started. In people with frequent or chronic migraines, a doctor may prescribe medications to prevent migraines from occurring; this is called preventative treatment. 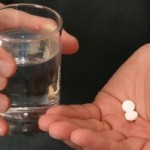 Different approaches can be taken to abortive migraine treatment depending on the patient. Abortive medications are taken as soon as possible after the migraine symptoms begin. Many pain-relieving medications can be used. For less severe migraines, over-the-counter pain relievers may be enough. These are usually non-steroidal anti-inflammatory drugs (NSAIDs) packaged with other ingredients, such as caffeine. Prescription pain relievers may be given, such as stronger versions of NSAIDs or drugs such as indomethacin. Medications called triptans are very helpful and widely used in the abortive treatment of migraine headaches. Some formulations are available that combine a triptan and an NSAID. Ergot-based drugs are not as widely used as triptans, but they are helpful in people with long-lasting migraine pain that lasts over 48 hours. Anti-nausea medications are sometimes given to people who have severe nausea with their migraines. Opiate pain medications are typically only used in people whose previous medical conditions contraindicate the use of other migraine medications.

In people who have migraines at least twice a month, medications to prevent migraines are sometimes used. Beta blockers and calcium channel blockers, typically used as medications for cardiovascular conditions, can be used to prevent migraine headaches. The mechanism by which this works is still unknown. Trycyclic antidepressants and SSRIs can also be used to reduce the frequency and severity of migraine headaches. It is not required for a person to suffer from depression to use these antidepressant medications for other purposes. Anticonvulsant drugs also have the effect of reducing migraines, but they tend to have a lot of side effects compared to other options. A drug called cyproheptadine is an antihistamine that can also reduce migraine headaches; this drug is sometimes prescribed to children with migraines. An unusual treatment to reduce the frequency of chronic migraines is Botox injections. The injections are given approximately every three months and the treatment is especially helpful in people who have migraines very frequently.