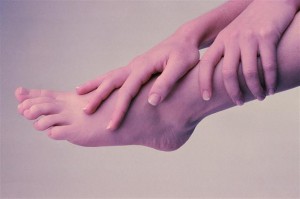 Because every peripheral nerve has a highly specialized function in a specific part of the body, a wide array of symptoms can occur when nerves are damaged. Some people may experience temporary numbness, tingling, and pricking sensations (paresthesia), sensitivity to touch, or muscle weakness. Others may suffer more extreme symptoms, including burning pain (especially at night), muscle wasting, paralysis, or organ or gland dysfunction. People may become unable to digest food easily, maintain safe levels of blood pressure, sweat normally, or experience normal sexual function. In the most extreme cases, breathing may become difficult or organ failure may occur.

In acute neuropathies, such as Guillain-Barré syndrome, symptoms appear suddenly, progress rapidly, and resolve slowly as damaged nerves heal. In chronic forms, symptoms begin subtly and progress slowly. Some people may have periods of relief followed by relapse. Others may reach a plateau stage where symptoms stay the same for many months or years. Some chronic neuropathies worsen over time, but very few forms prove fatal unless complicated by other diseases. Occasionally the neuropathy is a symptom of another disorder.

In the most common forms of polyneuropathy, the nerve fibers (individual cells that make up the nerve) most distant from the brain and the spinal cord malfunction first. Pain and other symptoms often appear symmetrically, for example, in both feet followed by a gradual progression up both legs. Next, the fingers, hands, and arms may become affected, and symptoms can progress into the central part of the body. Many people with diabetic neuropathy experience this pattern of ascending nerve damage.